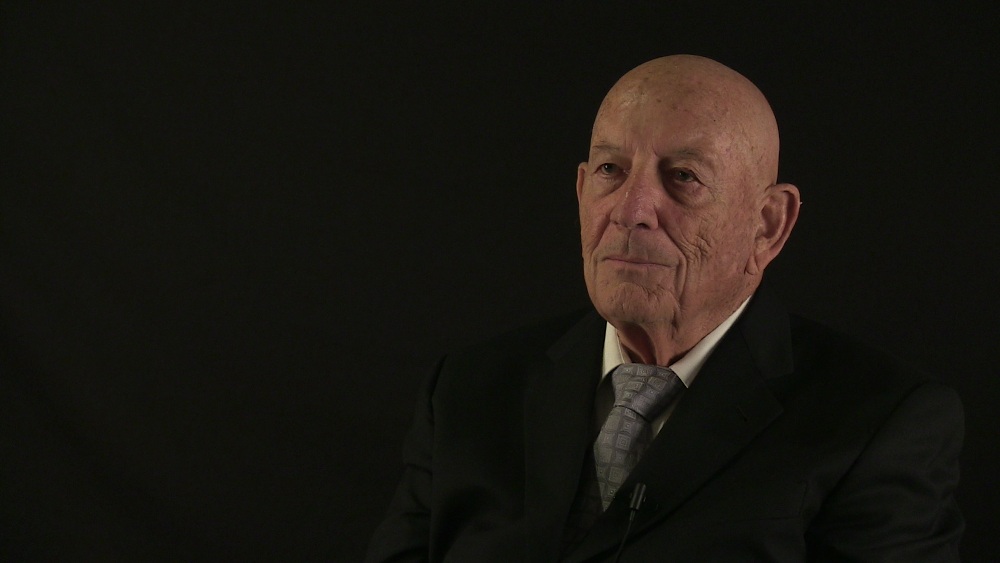 William D. “Denny” Weisgerber was born in Bend, Oregon on May 5, 1930. He attended Boise High School, where he lettered in football, basketball, track, and boxing. More importantly, it’s where he met his high school sweetheart and wife-to-be, Marianne Tillery. February, 1949 marked two pivotal events in Denny’s life: he married Marianne, and he enlisted in the Marine Corps.

Denny spent most of his first year in radio communications at Camp Del Mar and Marine Corps Recruit Depot, San Diego. When the Korean War broke out in June, 1950, his Military Occupational Specialty was changed to 0300, Infantry. For the next two years, he trained Marines bound for Korea, and for his outstanding performance he quickly rose through the ranks. By May, 1952 he was a staff sergeant, and in July of that year, he was shipped to Korea and assigned to Item Company, 3rd Battalion, 7th Marine Regiment, 1st Marine Division as an assistant platoon sergeant.

Denny soon saw intense combat action on a number of isolated outposts forward of the Jamestown Line, in an area known as “The Hook”: Outposts Bunker Hill, Reno, Vegas, Warsaw, and Seattle. On October 2, 1952, during an assault on Outpost Seattle, Denny was severely wounded. After a long medical recovery for his wounds, he was medically retired in May, 1953. In recognition of his heroic actions on Outpost Seattle, Denny was awarded the Navy Cross, the nation’s second-highest award for valor in combat.

The President of the United States of America takes pleasure in presenting the Navy Cross to Staff Sergeant William D. Weisgerber (MCSN: 1072880), United States Marine Corps, for extraordinary heroism in connection with military operations against an armed enemy of the United Nations while serving as Right Guide in a Platoon of Company I, Third Battalion, Seventh Marines, First Marine Division (Reinforced), in action against enemy aggressor forces in the Republic of Korea on the night of 2 October 1952. With his platoon engaged in attacking a well-entrenched enemy force occupying an outpost forward of the main line of resistance, Staff Sergeant Weisgerber aggressively led his men in the face of a devastating barrage of hostile small-arms, artillery, mortar and grenade fire and initiated a daring charge against a machine-gun emplacement, succeeding in destroying the enemy position with hand grenades and small-arms fire. Although painfully wounded by the intense enemy fire, he steadfastly refused medical treatment and courageously moved forward to aid a wounded comrade. Fearlessly exposing himself to a veritable hail of hostile fire falling over the area, he personally carried the casualty down a hazardous slope. Severely wounded by a burst of mortar fire while engaged in this heroic act, he continued to assist his wounded comrade until physically incapable of proceeding any further. By his outstanding leadership, great personal valor and intrepid fighting spirit, Staff Sergeant Weisgerber served to inspire all who observed him and upheld the highest traditions of the United States Naval Service.

From 1953 through the end of the 1960s, although now a civilian, Denny continued to serve. He volunteered his time in an unpaid capacity to the Marine Corps Reserve unit in San Jose, California, teaching small arms, tactics, and other martial subjects to the young reservists, and sharing the lessons of his combat experience. In the ensuing decades, Denny never ceased serving his Corps and his community. He has been active in the Marine Corps League and a number of other veterans’ organizations. And he has dedicated his time and energy to wounded warriors at the VA Hospital in Palo Alto and Menlo Park, California. He helps them with their benefits, and mentors them through the difficult ordeal of living with their wounds. He has been doing this for the past 65 years, since he himself was medically retired because of the loss of his leg and other wounds.

Denny Weisgerber has a BA in Business Administration from the University of San Francisco. He is a 55-year member of Rotary International, having served two terms as Milpitas, California Rotary Club President and as District 5170 Governor from 1999 to 2000. He served twelve years on the Milpitas City Council, including three 2-year terms as Mayor.

Denny and his high school sweetheart Marianne were married for 68 years until she passed away in 2017. Together they raised two children who have blessed them with five grandchildren and seven great-grandchildren.