In July, 2000, Tony Cerda, Chairman of the Costanoan Rumsen Carmel Tribe (Ohlone), accompanied by several of his family members, planted a small Monterey cypress tree sapling. This took place at a memorial service on a small piece of undeveloped land in the Presidio of San Francisco.

Tony Cerda (kneeling, to the right of the tree) with his family and other tribal members at the original tree planting in July, 2000

At that time, no one in the tribe or in the National Park Service knew that years later, this piece of land would be designated as the site of the Korean War Memorial. But that’s exactly what happened. And it turns out that this unanticipated development gives that tree a much deeper significance today. This is because — as we at the Korean War Memorial Foundation only recently learned — Tony had planted the tree in memory of his cousin, Santiago “Jimmy” Rosas, a nineteen-year-old U.S. Army corporal and Ohlone warrior who was killed in the early months of the Korean War. 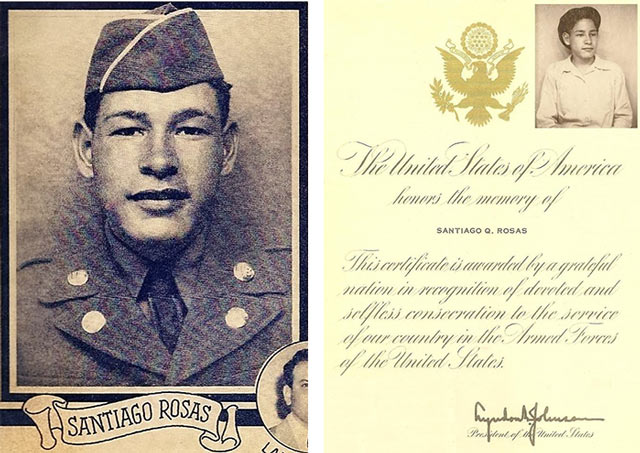 Jimmy Rosas was a machine gunner in A Company, 1st Battalion, 23rd Infantry Regiment, 2nd Infantry Division. While defending his position against numerically superior hostile forces, Jimmy was seriously wounded at Changnyong on September 8, 1950, and subsequently died of his wounds on September 16. More than a decade later, President Lyndon B. Johnson sent Tony and the family a certificate honoring Jimmy’s ultimate sacrifice.

On Memorial Day this year, Tony Cerda and his family returned to visit the memorial tree. Among the family members present was Tony’s granddaughter, National Park Service Ranger Desiree Muñoz, who lives on the Presidio, not far from the memorial site. They were met there by Michael Lamb, Historic Landscape Architect for the Presidio Trust. Coincidentally, it was Michael who had dug the hole for that small tree sixteen years earlier.

Park Ranger Desiree Muñoz, Tribal Chair Tony Cerda, and Presidio Trust Architect Michael Lamb, standing in front of what will be the entrance to the Korean War Memorial, and Tony showing Michael a photo of the original tree-planting ceremony

That tree is now more than thirty feet tall, towering over Tony. 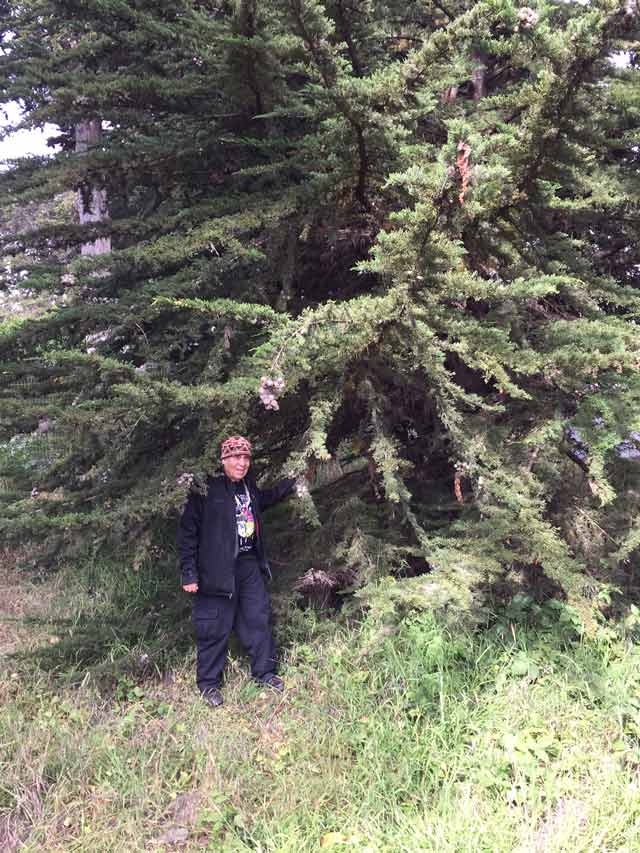 During their visit, Tony and his family held a purification ritual at the tree with a traditional smudge made of burning sage, one of the four sacred Native American herbs. 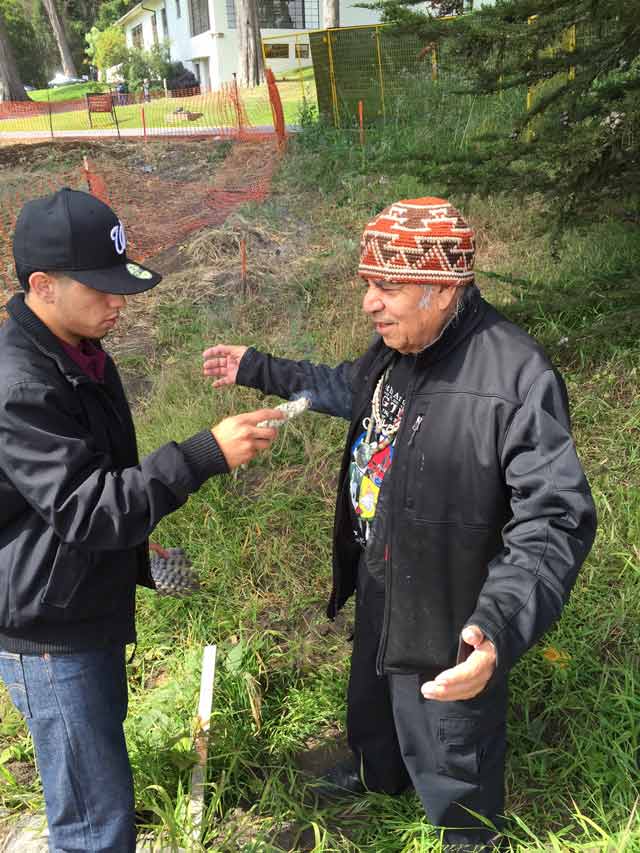 Tony and his family plan to return to the site for the Opening Ceremony on August 1. 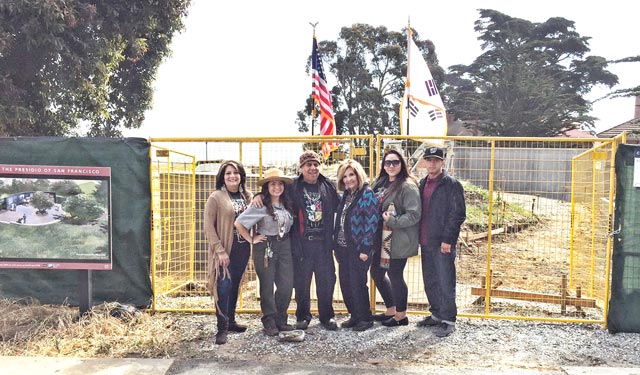 Finally, it should be noted that on the Costanoan Rumsen Carmel Tribal Seal is the motto:

“Plant a Seed – Grow a Tree for America.”

And a tree for Santiago “Jimmy” Rosas. May he rest in peace. 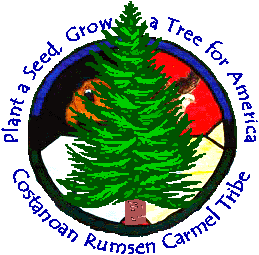