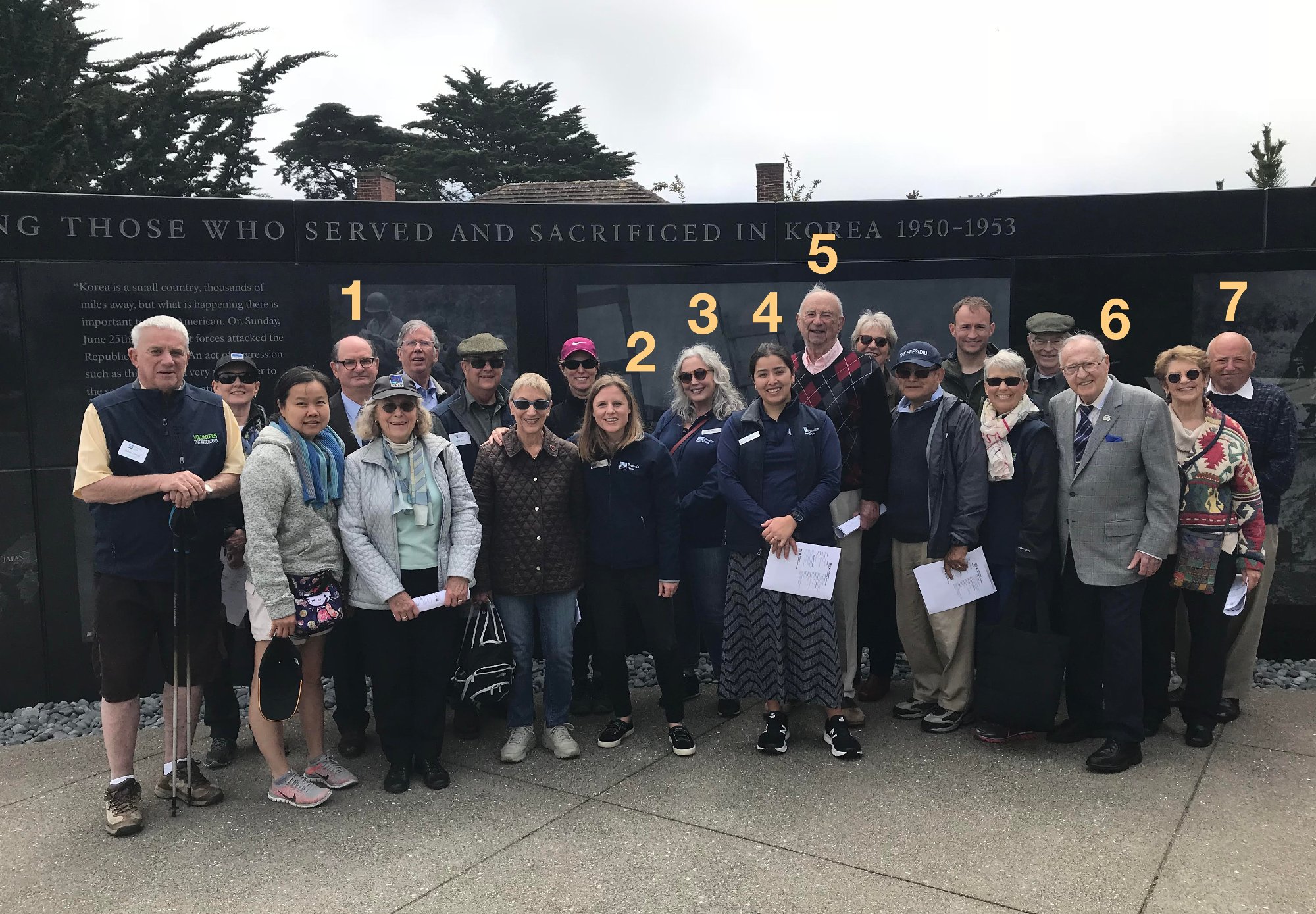 Gerard Parker led the docent volunteers on a brief historical tour of the Memorial; and Wallace Stewart and Donald Reid, both Korean War veterans, provided a more personal context by sharing their memories of that long ago, faraway war. The Presidio Trust staff later reported that the docents found this event to be a positive and productive experience.

This session was particularly relevant for the docents who lead the Presidio’s “Main Post Walking Tour,” which they conclude by recounting the poignant story behind the large Monterey cypress tree at the entrance of the Korean War Memorial. It was planted there as a tiny sapling nineteen years ago, in remembrance of Santiago “Jimmy” Rosas, a nineteen-year-old U.S. Army corporal and Ohlone warrior who was killed in the early months of the Korean War. It is a moving story that brings this walking tour to a fitting finale at the Korean War Memorial.

⇐ June 25 Commemoration: Anniversary of the Start of the Korean War
Alameda High School Students Learn about The Korean War—from Someone Who Was There ⇒
Copyright © 2015 Korean War Memorial Foundation
Powered by UnitedThemes